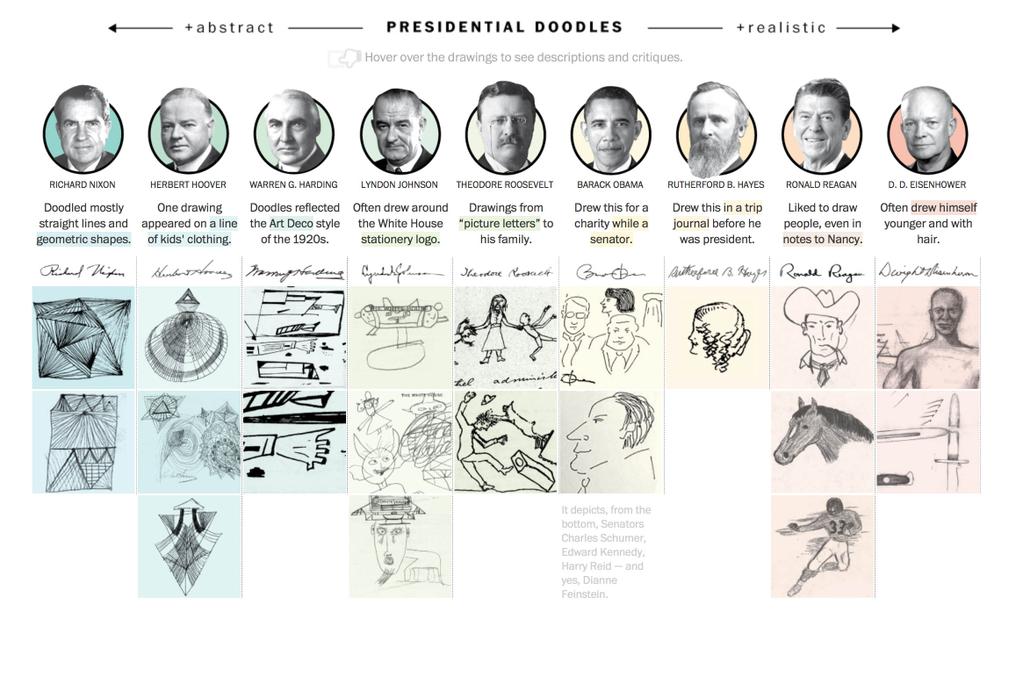 Now I don’t believe that the president will walk up to the whiteboard, grab a pen and will draw to make things clearer for everybody in the room.

“Do you mean this secretary of state? [doodle insert]”

But they will be in meetings where the subject might be a little less interesting than say, a drawing of a horse – no judgement-. And they will take up their pen and make a little doodle.

To keep the brain going? To prevent falling a sleep?Â To keep appearance up? “Hey I’m writing down what you are saying!” Perhaps a little of .. uh ..everything above maybe?

Now, some of you might go: “I never thought the president could draw.”

Which is as absurd as the complete opposite. Why wouldn’t he? He has arms, hands. A brain that is highly visual. He probably had some form of schooling. Where pencil where provide and paper was still your best friend.Â And didn’t need a power supply and wifi to share stuff.

Why wouldn’t you draw?

There’s barriers right? And maybe for the president of the United States these barriers might be a little less intimidating. Right? You’re the president! Leader of the free* world. You break down barriers bigger than this during breakfast.

…imagine a whole planet looking over your shoulder looking at something you are creating. How about that for a barrier?

So what is boils down to is that you are the president of your own paper.Â And in order to break down barriers you need can start drawing. Or concrete:

Step one: Put pencil on paper.

Hack, the president does it! So what’s holding you back?

* Free as in constantly spy-ed upon, semi democratic, ruled by capitalists who believe in freedom of money only, but more free than say …uh… Russia?